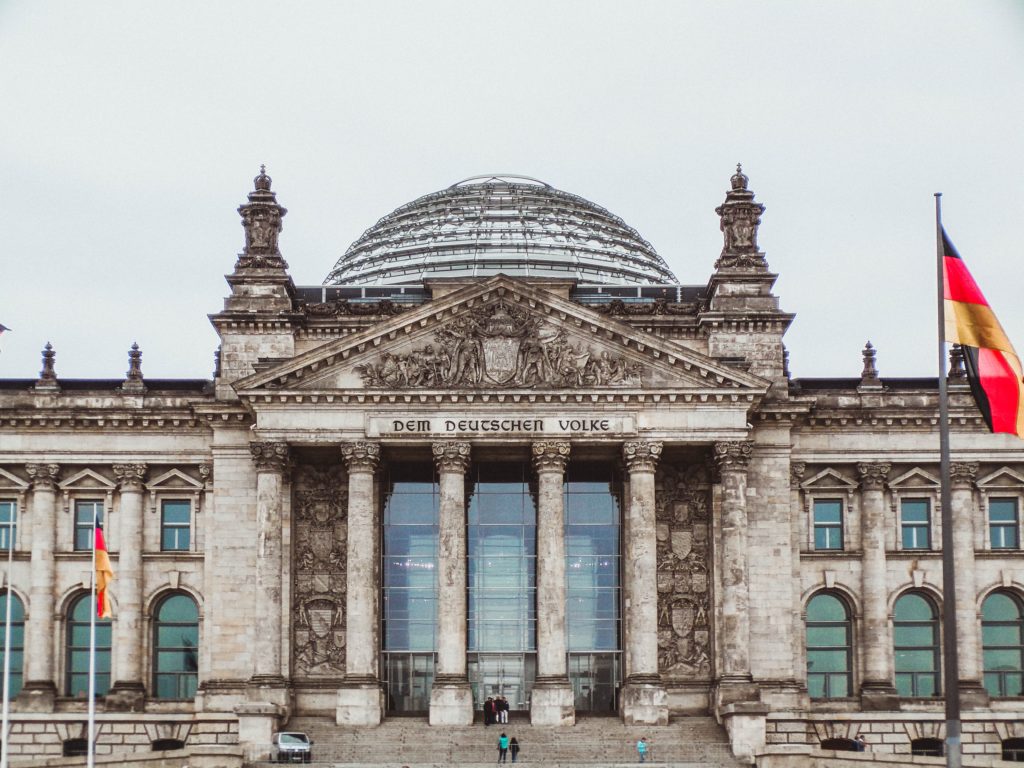 Expat in Germany: The Best Tips for Foreigners Living in Germany

Home > Blog > Expat in Germany: The Best Tips for Foreigners Living in Germany

Are you an expat in Germany – or a soon-to-be one? Well, we know moving to a different country is exciting, but it can also be extremely overwhelming.

If you think by moving to Germany, you may suffer from the language barrier and the differences in culture; don’t worry. These things are not a big deal.

While the country’s official language is German, most people speak very decent English. And while Germany does have a rich history and culture, the biggest difference you might notice is that the shops and supermarkets are typically not open on Sundays.

A lot of expats are surprised by how organized Germany is, and this might be a great relief depending on where you come from. Of course, this also means there are a lot of rules and bureaucracy to adapt to. But once you get the hang of it, you’ll learn to navigate it like a pro.

Of course, Germany has pros and cons just like any other country but overall, it is an amazing country for foreigners to live in. However, it is extremely important to prepare in advance for your move and work with experts to ensure the process goes as smoothly as possible. That’s actually what this article is all about.

What Is an Expat?

An expat is someone who lives in a foreign country. Expats are usually professionals, investors, artists, or retired people who decide to live in a country other than their native country.

Is Germany Good for Expats?

Germany is a great place to live. It’s considered the 8th best country for expats because it’s beautiful, safe, and well-organized.

The country has amazing culture and history, and it’s home to the world’s best universities. Because of their stellar public transportation, Germany is well-connected and it’s very easy to explore the country and its surroundings.

The German economy is another highlight. It is considered the largest economy in Europe by Investopedia, but it’s still an affordable place to live.

Of course, it’s not all sunshine and rainbows.

Germany is not considered to be one of the most welcoming countries or the friendliest with foreigners. In fact, the country was ranked as one of the world’s worst countries to make friends. This is why it’s important to have expert help as you find a place to live and get to know your new home.

Another point to consider: German people can be intimidating. Germans are strict and well-mannered. We are always on time, and losing your temper or speaking loudly is usually unwelcome. And, if you’re doing something wrong or impolite, you can expect to be scolded for it.

But, despite those things, Germany really is great for expats, especially if you’re open-minded, can accept these cultural differences, and embrace your new surroundings.

Where Do Expats Live in Germany?

Currently, it’s estimated that 250,000 expats live in Germany, which represents only 0.3% of the entire population (83,9 million people).

Since Germany is a big country, you can find foreigners living all over. However, the five most popular cities where you’ll find them are: 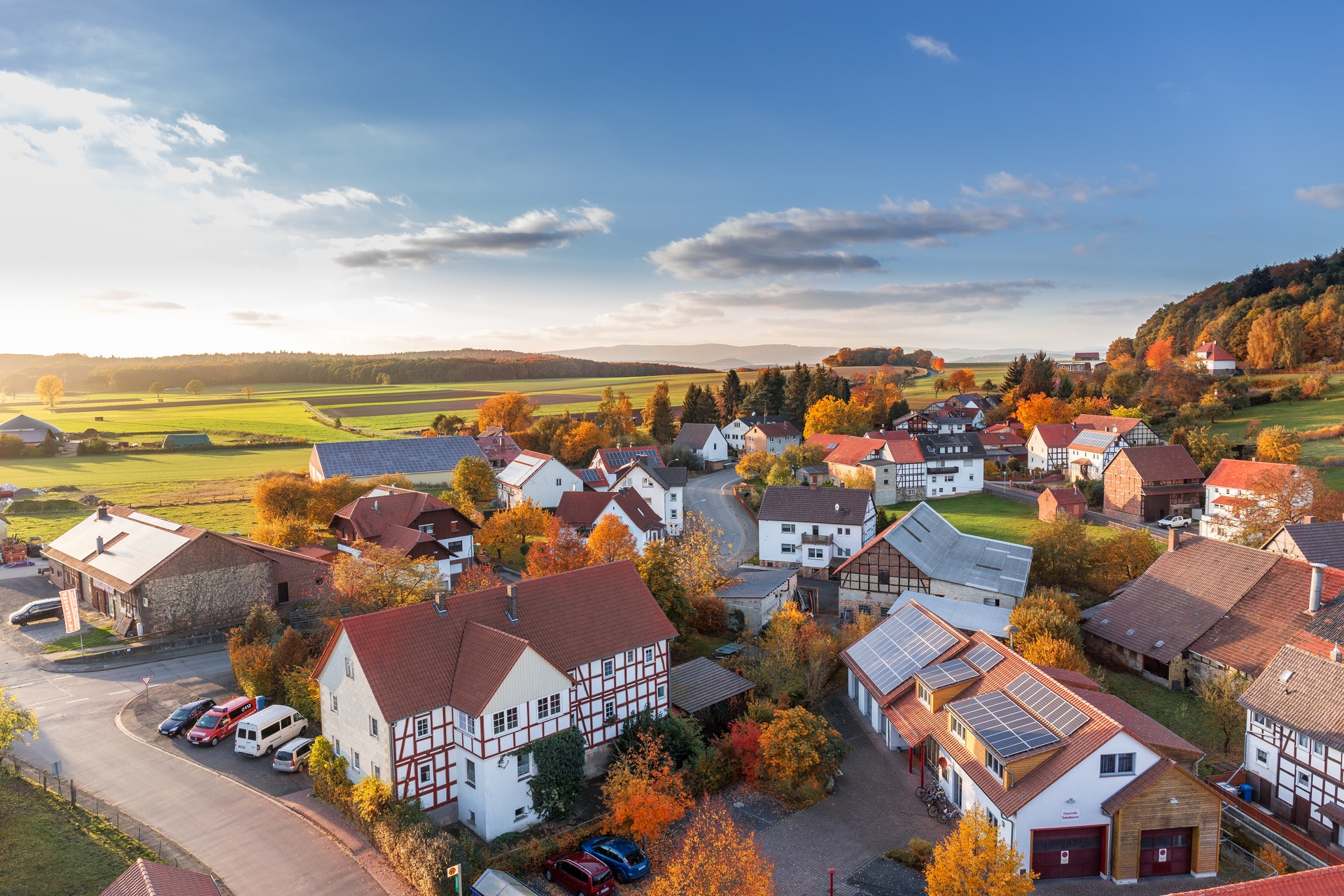 How Much Money Do You Need to Move to Germany as an Expat?

Regarding the moving process, you can choose, for instance, to get professional support for the application of work and residence permit – which we highly advise – or you can do it on your own. You can also get help moving your household goods and importing them to Germany, and the cost for this service will vary according to where you’re located.

If you want to figure out how much your move to Germany will cost, the best thing to do is to get an instant quote on our Relocation Store.

Regarding how much money you will need to live in Germany, it really depends on several factors like the city you live in, the type of accommodation you choose, your lifestyle, and other expenses. In our Cost of Living in Germany Guide, we mention that Germany’s average cost is €1,400 euros per month. But, again, this is an average, which means you can live cheaper than that or you can splurge.

If you choose to live in the city center of cities like Munich, Frankfurt, and Heidelberg, you’ll find out that 1,400 per month might not be enough, since these are three of the most expensive cities in Germany.

On the other hand, if you choose to live in cities like Aachen, Leipzig, and Bremen, you might be able to live for less than €1,200 per month.

If you’d like to check how much it costs to live in Germany, with a breakdown of the real numbers for fixed and variable costs, take a look at our Cost of Living Guide.

Can You Move to Germany Without a Job?

But if you don’t have a job offer, there are other ways you can get a Visa or even a residence permit. If you are self-employed, for instance, it’s possible to get a residence permit as long as you can fulfil the requirements. There are also things like the Research, Study or Family Reunion Visas.

In any case, if you’re thinking about moving to Germany without a job, you need to make sure you have sufficient funds to support yourself and your family and get professional advice to help you figure out the best solution for you.

Advantages and Disadvantages of Living in Germany as an Expat

As we’ve mentioned, living in Germany can be amazing, but it also has its downsides. This is why we decided to give you an overview of everything you should know about Germany before moving to the country as an expat.

1. Germans Do Everything by the Books

This means there’s a lot of bureaucracy. While having proper rules and laws is great, especially for your safety, you might have to adapt – a lot – to the German way of doing things. Germans do everything by the books and this won’t make it any easier for you even (or especially) if you’re a foreigner. If you’re living in Germany, you need to follow the rules. Plain and simple.

2. They are Always on Time

Germans are always on time, and being late is considered extremely rude. So, make sure you adapt to this cultural expectation, especially if you’re going to live and work for German companies or study in a German university, for example.

3. Sundays are Meant for Resting

This might be considered an advantage for some and a disadvantage for others. In Germany, Sundays are meant for resting, which means most supermarkets, pharmacies, and stores are closed on Sundays. Ideally, this is the day where you take time to relax with your family, as long as you don’t work in one of the very few places that are open.

Recycling is a big deal in Germany; in fact, they’ve been named the world’s best recycler. Of course, as you might expect, there are many rules regarding recycling. As a foreigner living in Germany, finding the right trash bin might be an overwhelming task at first. But, if you make an effort to learn how to separate your trash thoroughly, you’ll be just fine.

While the German economy is the largest in Europe, some stores or restaurants still don’t accept credit cards or any kind of electronic payment. Call it irony, but you should always have some cash on you.

Transportation in Germany is top-notch! Even the smallest cities are well-connected, whether by bus, subway, trains, or trams. This means you can explore the greatest wonders of the country without needing to own a car.

Germany is such a rich country. Apart from the culture and history, the landscape is astonishing. You can find beautiful mountains for hiking or climbing such as the Elbe Sandstone Mountains near Dresden. Or, you can explore the area around the Blautopf Lake, enjoy a beach day by the Baltic Sea at the Chalk cliffs on Rügen, or swim at the Triberg Waterfalls. Whatever you want, you can find it in Germany.

Germany is great for those who love art and history. The country is full of museums, monuments, and landmarks. You can visit the beautiful Pergamón Museum, Reichstag Dome, or you can visit the Holocaust Memorial. You can also go to international film festivals like Berlinale, or go to the Elbphilharmonie to watch a concert. Germany has lots to offer in this regard.

9. Germany is Close to Other Countries

Germany is extremely close to other countries. If you choose to live in Munich, for example, you’re close to Austria (and its amazing mountains for skiing), Switzerland, and the Czech Republic. If you live in Hamburg, you’re near the Netherlands, Denmark, and Poland! If you choose to live in Frankfurt, you can easily get to Belgium, Luxemburg, and France. And, since the country’s airports are so well-connected, it’s easy to be in a completely different country within the European Union in just a couple of hours.

If you’re not relocating to Germany with your company and don’t have a job lined up, you might want to learn the language as quickly as possible. Most traditional companies are looking to hire someone who is fluent in German. If you don’t speak the language, startups and international companies might be a good place to start since they are typically more open to someone who doesn’t speak German.

Germans are reserved, so becoming friends with a German can be a little tricky. Opening up and connecting isn’t so easy for them, and it takes time for them to invite you into their lives. As a foreigner, you will need to accept that. In the meantime, you can always connect with other expats through Facebook groups or start hanging out with your colleagues from work or university. Most larger cities also host expats events, so try to find some nearby and attend them!

12. Germany is the Largest Economy in Europe

Last but not least, Germany has the largest economy in Europe and they have the 5th best purchasing power in the world. This is another great thing about Germany; despite the large economy, the country is still relatively affordable to live in.

American moving to Germany: Everything You Need to Know

Cost of Living in Germany: The Definitive Guide

Legal disclaimer: According to the German Rechtsberatungsgesetz – Legal Advice Act – this article does not constitute formal legal advice and should not be considered case-specific advice. It does not replace speaking with our team members or obtaining professional legal advice. Further disclaimer details are incorporated in our Terms & Conditions of Use.

If you need to relocate your company’s employees or are looking for case-specific information, contact us here. Our team of international relocation experts will be pleased to support you.